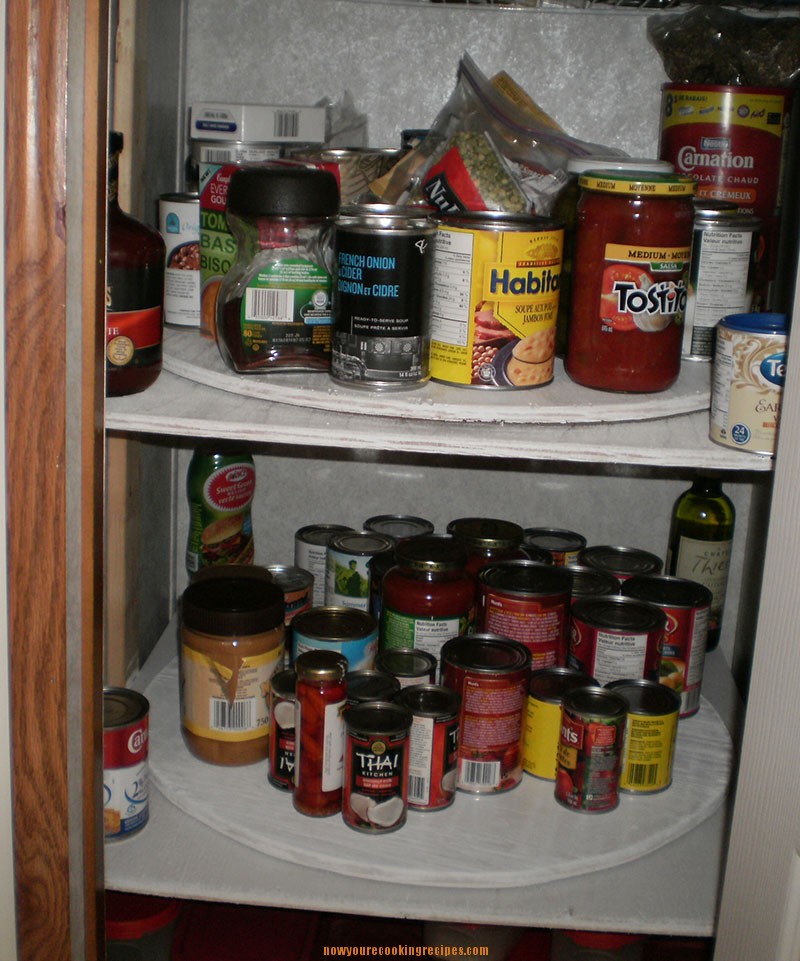 I have a closet in the kitchen that acts as a pantry. It has nice deep shelves – only problem is they are like a black hole – stuff gets shoved to the back, never to be seen again. I saw a picture in the October issue of Canadian Living magazine. It was an article about a kitchen renovation and showed a lazy susan in a cupboard. It said that is was made from a lazy susan mechanism that could be purchased for a few dollars, and a piece of jigsaw cut wood. I showed the picture to my husband, and voila, a few hours later, I have 2 brand new organized shelves in my pantry! (Well, actually it was the next morning I had the organized shelves – because he decided to paint them too.) Why did we never think of this before, we wondered. Anyways, it works great – I now know what I have in the cupboard (and I know I won’t have to buy coconut milk for quite some time!)